The famous sport game known from the Commodore 64. But ported in a Uzebox version. 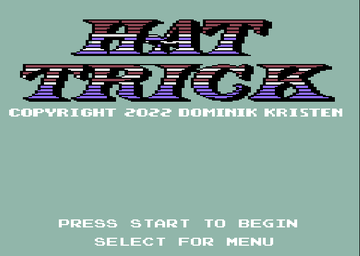 The game starts after the sound jingle and a game round lasts 3 minutes. During this time, all goals and saved shots are counted. After each goal, the game freezes briefly and the fanfares sound again, indicating the next kick-off.

The 3 different levels of difficulty have the following effects:

Because the puck is slowest in the PRO level, the opposing goalkeeper can of course react faster.