Alter Ego is a unique platform puzzle game. Players will use their alter ego to swap position, collect pixels, and solve levels. The gameplay explains itself starting from very easy to some difficult parts later on. At the time of original release, all 25 levels from the original Alter Ego are included. The following episode includes all the levels from Alter Ego 2 with all the new gameplay elements supported.

Although the Uzebox version is at this point quite a unique piece of code and work, I'd like to give credit where it is due. I have based the game on Alter Ego for NES, a home brew version by Shiru of the original ZX Spectrum game by Denis Grachev. The music was converted by the NSF, and the original NES music was created by Richard Armijo. The box art(first Uzebox game with box art!) was created by Alec Bourque(Uze). Alter Ego 2 levels(Denis Grachev) and beyond are converted from there respective games, and credit will be added as more become available. 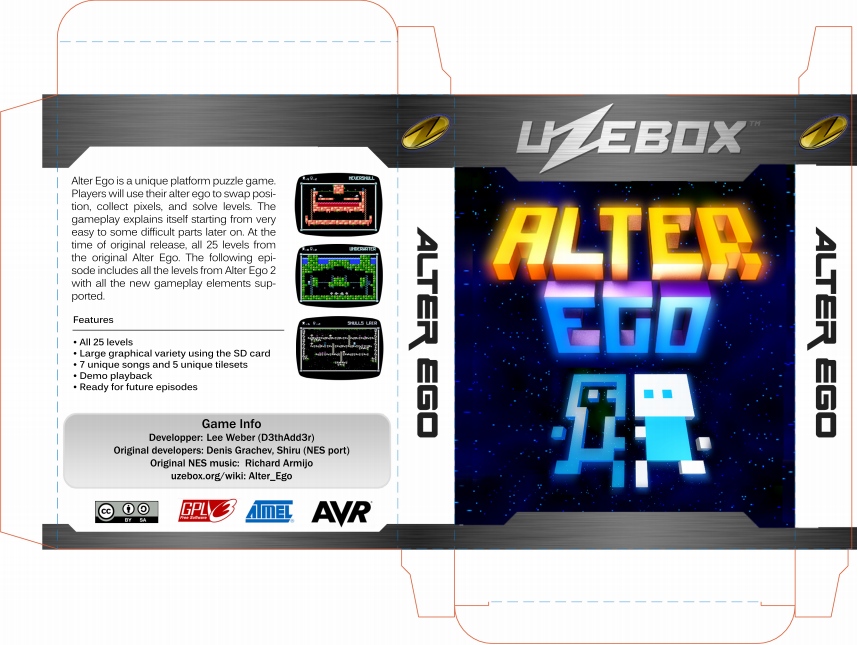